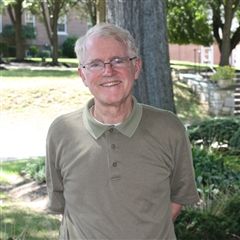 It comes as no surprise that graduates of Malvern Prep go on to do great things.
The surprise comes with the number of great things the individual accomplishes. Born January 14, 1943, Bob McMahon ’60 boasts a list that is nothing short of exceptional and truly embodies what it means to be a Friar.

Bob’s list begins with golf. At the age of 12, he took up golfing at the urge of his father, who was not impressed with his skills on the baseball diamond. During his countless lessons and rounds of golf, he became friendly with another young amateur golfer, Jay Sigel. Today, Jay is known as one of, if not the best, amateur golfer of all time, and holds a spot in the Golf Association of Philadelphia Hall of Fame. Jay’s amateur record doesn’t come without its blemishes, two of which are courtesy of Bob.

Bob and Jay met at Bala Golf Club in Bala Cynwyd, two kids ready to learn the game of golf. They spent their summers competing and improving their game, eventually facing off head to head in the finals of the Golf Association of Philadelphia Junior Boys’ Championship in 1959. On the 18th hole, Bob got the best of Jay and beat him by a margin of 1-up. The next year, Bob beat Jay again, crediting the win to the fact that he played “the best round of his life.” Bob was always humble in is victories, claiming that Jay was always the better player, he “just had his best days against him.”

Bob’s success was not limited to golf. Always eager to go one step further, he and fellow classmate Joe Redican ‘60 started a weekly one-page newspaper titled “The Quarterback Sneak,” covering Malvern’s football team and their accomplishments. The paper was so popular, they decided write one for basketball and called the paper “The Fast Break.” Since Bob played on the basketball team, he would keep the stats, and Joe would write the articles later. During his senior year in 1960, Bob and his teammates brought Malvern their first ever Inter-Ac championship.

After graduating from Malvern in 1960, Bob hoped to follow in his father’s footsteps and attend the Naval Academy. After being turned down twice, he ended up at Villanova where he tried out for the freshman basketball team. Although he made the team, he didn’t play and decided that would be the end of his basketball career. Still passionate about golf, he joined the golf team and was named co-captain in 1964. His college career was anything but ordinary. His family struggled with money at the time, so Bob bounced back and forth between Villanova and St Joseph’s University, all the while working full time to finance his education.

Graduating from St. Joe’s in 1965 with a degree in Finance, he began his career in sales, selling typewriters and records door to door. With the Vietnam War happening, Bob’s father had been encouraging him to enlist in the army and complete Officer Candidates School rather than wait to be drafted. Since he had a degree in Finance, Bob and his father were confident he’d end up behind a desk and not in the field. From 1966-67 Bob completed Officer Candidates School. In November of ’67, he received orders that he was to report on January 17, 1968 to Travis Air Force Base en route to Vietnam.

He arrived in Long Bay Vietnam, and while waiting to hear about his desk job assignment, he was approached by a major. The major informed him that he was to be a platoon leader with the 1st Infantry Division up on Thunder Road, to which he jokingly replied, “so what about that desk job?” Bob describes his time at Thunder Road as “interesting.” For starters, platoons are normally comprised of 30 men, and he took over command of one with 9. His platoon was ordered to patrol and/or ambush 6-7 days a week. Essentially they were instructed to go out, get shot at, and radio the location of the enemy back to base during the Tet Offensive. Far from the desk job he thought he would be working. But Bob was up to the challenge, and proved he and his men had what it takes. During this time, his company uncovered the largest cache of weapons found during the war.

His next assignment was to be an advisor to a Vietnamese village that was expected to come under attack in the near future. Bob was on his own figuring out how to protect, train, patrol, and set up a safety network for a village of about 5,000. It was during this time Bob realized something eye-opening about the Vietnamese people. “They were the same as us. They wanted to live free; they did not like the Viet Kong, they did not like the government, they just wanted to live free.” During this time Bob and his troops they captured an enemy soldier. “We knew exactly what we were going to do with him. That Sunday was our weekly softball game, and this guy was going to play in it.”

Although the Vietnam War is often viewed in a negative light, Bob says it was one of the best experiences of his life, second only to his time as a Friar at Malvern Prep. After he returned home from the war, he got a job as a financial advisor for Merrill Lynch, thanks to a Christmas card he sent the branch manager while in Vietnam.

Eventually, his career path took a turn towards politics and while still working in the finance industry he was elected to Media Borough Council in November 1981, and eventually took office in January of 1982. From there he served as Public Safety Chair from 1982-1990, Finance Chair from 1990-1992, and on February 18, 1992 he was elected mayor of Media, a position he still holds today.

In 1991, Bob began hosting Veterans Day and Memorial Day parades, which have since become extremely popular events for Media and the surrounding area. One of his biggest accomplishments as mayor is the successful revitalization of Media Theatre, something he began working towards almost immediately after being elected. Not surviving as a movie theatre, the plan was made to convert the Media Theatre into a Musical Theatre. Walter Strine Sr., who was owner of the Media Theatre at the time, had plans to buy Media Elementary School and make that the Musical Theatre he and his wife had dreamed of. Bob’s smart thinking and love of education made the successful revitalization of both buildings possible.

Combining his love of education and wealth of knowledge the gained from the Vietnam War, Bob co-founded the Veterans National Education Program (VNEP), aimed at teaching our country’s history “through the eyes of those who serve.” Bob and the board members have all served in other countries, and currently have comprised a collection of 650 videos detailing past conflicts in about 45 countries.

Bob has never forgotten the Augustinian values of Truth, Unity and Love he learned at Malvern. His accomplishments as mayor have all stemmed from his love of others and always wanting to help and improve wherever he could. The Malvern Prep Community thanks Mr. McMahon for his service to our country and congratulates him on all of his success.
Back